The author of 19 bestselling and highly regarded books, Mr Pavan Varma was in the city on the invitation of Chandigarh Literary Society who unveiled the agenda for every Indian to be the change agent for the betterment of the country. 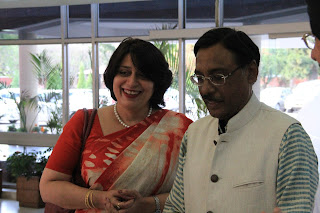 Mr Varma who has been press secretary to the President of India, official spokesman of the Foreign Office, director general of the Indian Council for Cultural Relations, and India’s ambassador to Bhutan, took premature retirement on 1st January 2013, from the Indian Foreign Service, and got involved in active involved in public life.

Having written 19 best sellers, Pavan Varma is best known for The Great Indian Middle Class; Being Indian: The Truth about Why the 21st Century will be India’s and Becoming Indian: The Unfinished Revolution of Culture and Identity. 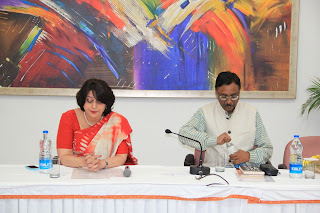 His latest book “Chanakya’s New Manifesto: To Resolve the Crisis Within India” published by Aleph Book Company formed the backdrop of his interaction with local literati to initiate the debate on how everyone can contribute to change India for the better, informed Mrs.Sumita Misra, President of Chandigarh Literary Society. . 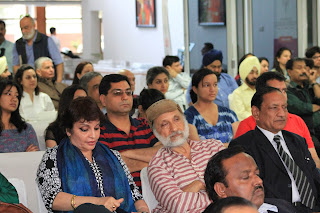 Modelled on Chanakya’s seminal fourth century treatise—the Arthashashtra—Mr Varma has worked out a practical and detailed plan to bring about reform and change in five key areas that require urgent attention—governance, democracy, corruption, security, and the building of an inclusive society.

Whether it is laying the foundation for an independent and effective Lokpal, or decriminalizing politics and successfully weeding out the corrupt, the solutions he proposes are substantive, well within the constitutional framework, and can make all the difference between intent and action. 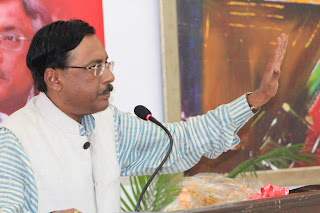 As Mr Varma puts it in the introduction to the book, ‘As a civilization, India has shown a remarkable talent in reinventing itself. That is the secret of our survival through an incredible 5,000-year-long journey. We have been known as a civilization in which moulik soch or the power of original thought was cultivated. This is a legacy that we can, and must, revive. 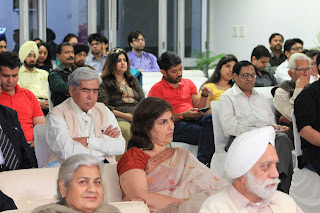 “We are fortunate that our founding fathers bequeathed to us a framework of a functioning democratic order through a farsighted constitution. We do not need to throw this aside, or to transplant, borrow or mimic what others have done. But what we do need to do is to make the system that was bequeathed to us work. For, it is obvious to anyone except to those who deliberately choose to be blind, that the current manner of functioning of our nation is unacceptable. Our future is at stake. The future of our youth, and upcoming generations, is at stake. There is no time to be lost,” he says. 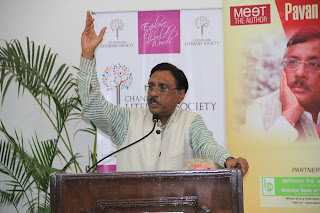 Both a call to action as well as a deeply insightful account of the challenges facing the country today, Chanakya’s New Manifesto is a book that should be attentively read by everybody with a stake in India’s future, added Mrs Sumita Misra.

.. I have already commented with a request to send me a copy of Mr. Pavan Sharma's Book "Chanakya's New Manifesto ..." through VPP. I am awaiting to read it.
Regards,