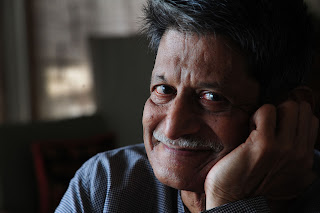 The curtain would rise on the 3rd edition of Literati 2015, the region’s mega literary festival organized by Chandigarh Literary Society (CLS) on 6th November.

Kiran Nagarkar, who is  world’s 12th ranked novelist, playwright, screenplay writer and critic, would be delivering the inaugural keynote address at 5pm at the Lake Club.

Kiran is a recipient of Germany’s highest civilian award, the Cross of the Order of Merit for his bestseller novels, who has also recently come up with two-in-one book, Bedtime Story, a play, and Black Tulip, a screenplay.