The celebrated author of 'Chanakya's New Manifesto' and former Ambassador of India to Bhutan, Mr. Pavan Varma, will be the guest speaker at Chandigarh Literary Society on Friday, 29th March 2013, at the CII Convention Centre, Sector 31 from 5pm - 7pm.

Chanakya’s New Manifesto published by Aleph, is both a call to action as well as a deeply insightful account of the challenges facing the country today. It is a book that should be attentively read by everybody with a stake in India’s future, and how anyone can effect positive change in the country. 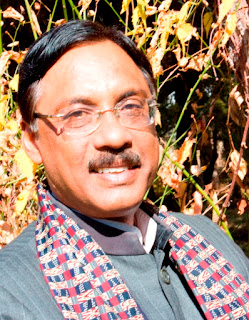 Mr. Pavan Varma, had been the former press secretary to President of India, official spokesman of the Foreign Office, director general of the Indian Council for Cultural Relations, and India’s ambassador to Bhutan. Having taken premature retirement from the Indian Foreign Service, he now seeks to be actively involved in public life.

Pavan K. Varma has authored several acclaimed and bestselling books, among them, Ghalib: The Man, The Times; Krishna: The Playful Divine; The Great Indian Middle Class; Being Indian: The Truth About Why the 21st Century Will be India’s; Becoming Indian: The Unfinished Revolution of Culture and Identity and When Loss is Gain.

He has also translated into English the poetry of Gulzar, Kaifi Azmi and Atal Bihari Vajpayee.

This will be an interesting session and we look forward to everyone's participation.