Over 70 authors to converge for Literati 2014 in Chandigarh

The city beautiful, Chandigarh, is getting ready to host the second edition of Chandigarh literary festival, Literati 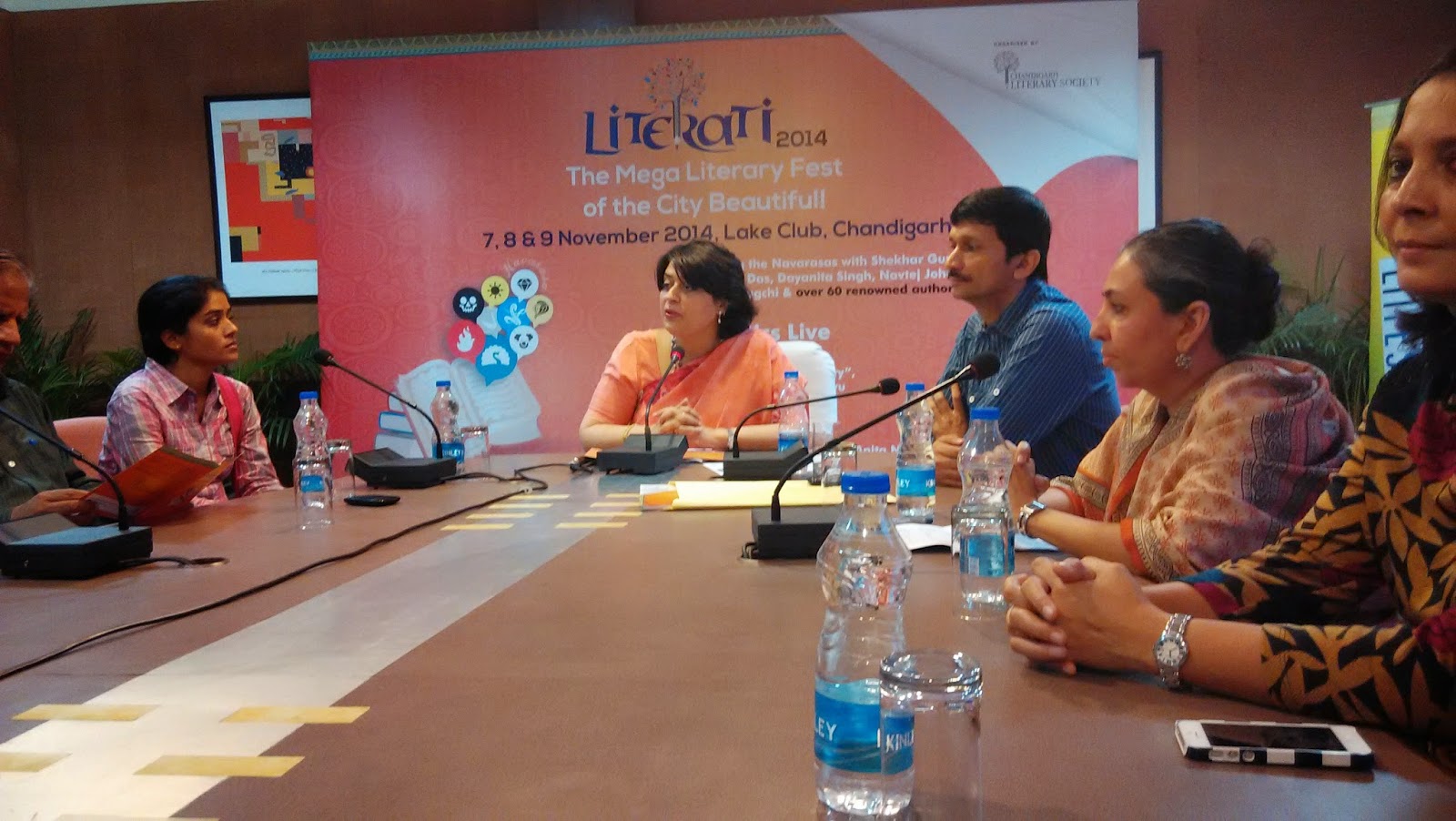 The city is already abuzz with Literati activities, kicking it off with an essay competition in the schools for the middle and senior sections which received tremendous response.


The Team Literati of Chandigarh Literary Society (CLS) unveiled the poster and the theme of Literati, Celebrating Literary Aesthetics, at a curtain raiser press conference at the UT Guest House in the city.

Talking about the theme, Festival Director and CLS chairperson, Sumita Misra, said that a good piece of literature is crafted with emotional flavours that are relished by sensitive readers, and this year, the Literati would touch upon the English, Hindustan and Punjabi literature from the perspective of ‘navrasas’, the nine rasas

Vivek Atray of CLS, said that this is the festival for the city and everyone is invited to be a part of this exciting celebration of literary aesthetics.

India’s celebrated journalist, columnist and author, Shekhar Gupta shall deliver the keynote address at the inaugural, followed by discussions, talks, book readings, and interactions with more than 70 authors who are participating in this mega literary event. 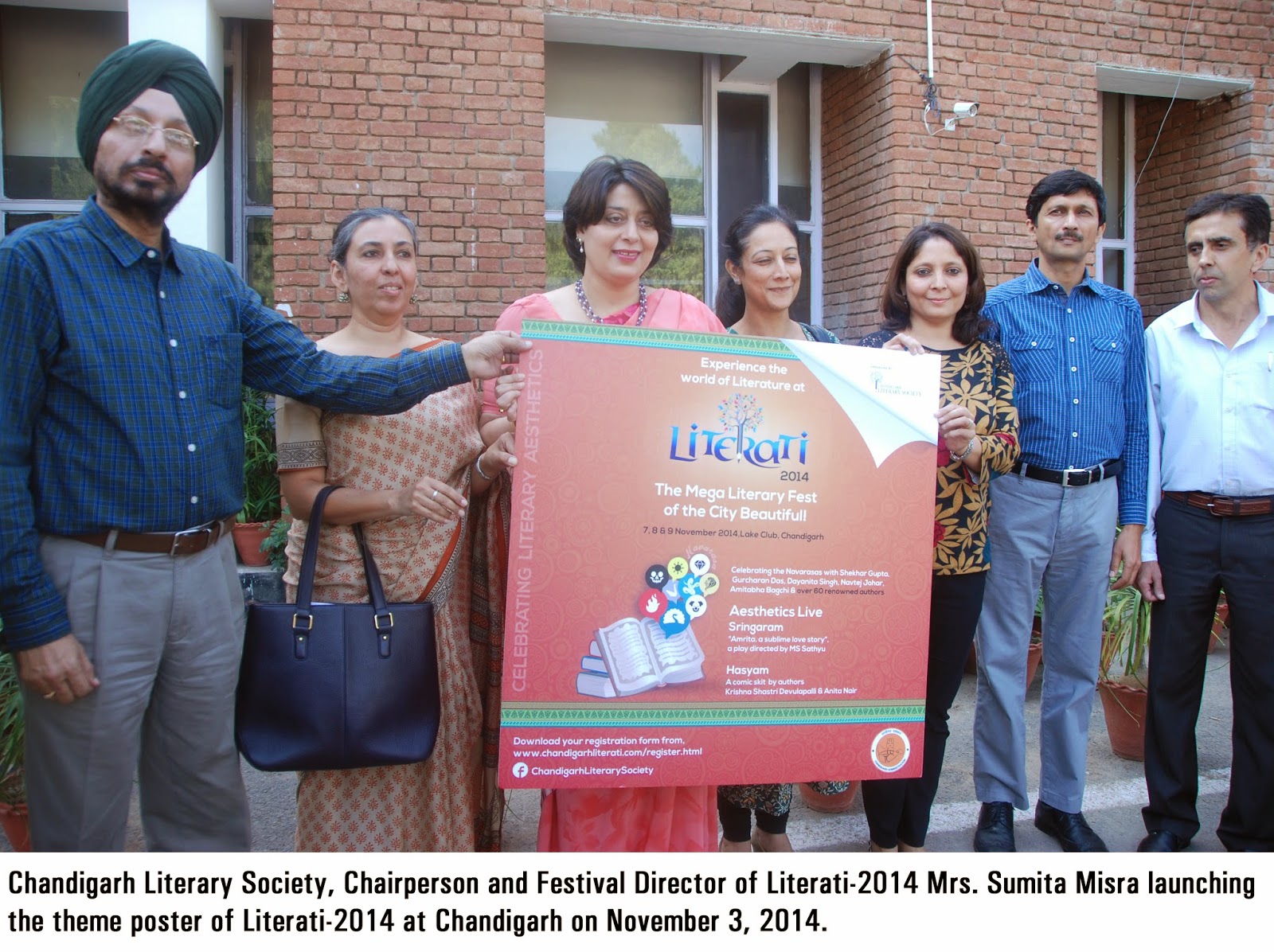 Punjabi literature has not been talked about much in any of the literary festivals in the country, and Literati 2014 is focussing specially on Punjabi literature with  reputed authors like Surjit Patar, Jaswant Zafar, Swaranjit Savi, Bubbu Tir, Balwinder Grewal, Pali Bhupinder Singh, and Atamjit to showcase the sensitivity of the language and social ethos that it represents.

On the second day evening, famous authors Krishna Shastri Devulapalli & Anita Nair would present a comic skit at the main venue of Literati at the Lake Club.

The festivities begin at 10:30am on Friday, 7th November, the sunny morning besides the placid waters of Sukhna Lake, under the canopy of eucalyptus trees.  Let's be there.