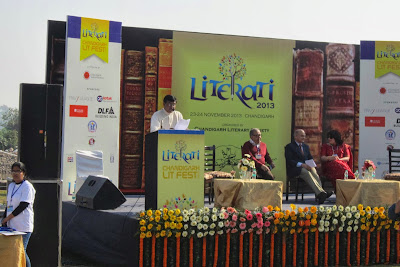 The two days Chandigarh Lit Fest, LITERATI 2013, opened here today with the city literati converging at the Lake Club lawns to interact with nearly 36 authors.
Mr K.K. Sharma, Advisor to the Administrator UT, Chandigarh, while inaugurating Literati, who himself is an avid reader, dwelt on varied aspects of books and the impact these have on our lives.
Welcoming the authors from across the country to Chandigarh, K.K. Sharma expressed special gratitude for their vocation and passion for writing books which are great resources to humanity, helping people organize their lives through the knowledge and perspective the books throw.
Just as non-fiction help us acquire new knowledge, fiction help us understand the nuances of human relationships and manage life’s issues picking lessons from the fictional characters and challenging situations. 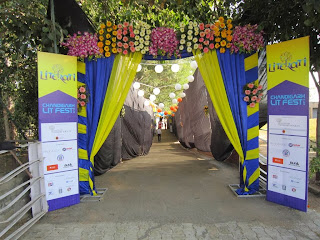 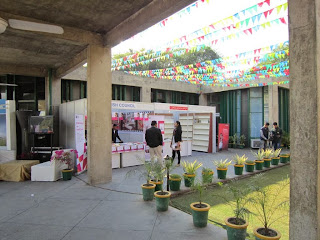 Sumita Misra, Festival Director and Chairperson of Chandigarh Literary Society (CLS), speaking about the short history of CLS since early 2012 when a few writer friends dreamt of bringing in some excitement into the lives of the people living here in the city by initiating the move.  The best take away of CLS journey, she remarked, was that if one has to realize big projects like Literati, one need to dream big, and once you take on to the journey, it is not a lonely walk that matters but the togetherness and support of the friends that you are able to garner during this journey that matters and help you realize such dreams. 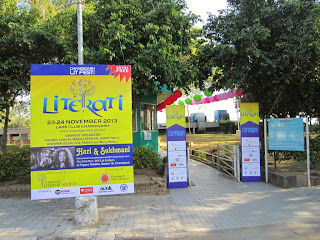 Theater actor, director, and author Bhaskar Ghose speaking about ‘In Search of the Authentic’ traced the evolution of various languages over the centuries and condemned the process of codification that kills any language, referring to Latin and Sanskrit in Asia which lost their sheen due to sheer parochial perspective of purists.

Over the centuries the major languages have been replaced by local dialects and even the common phrases of conversations have become a part of the new language which authentically conveys the expression of the hearts of the people, he said.

Referring to diverse versions that English has acquired over centuries becoming Canadian English, British English, American English, and now Indian English, which perfectly fits into its own genre of expression and authentically portrays the Indian perceptions, emotions and expressions.