Tell Us a Story and You can be a Winner! 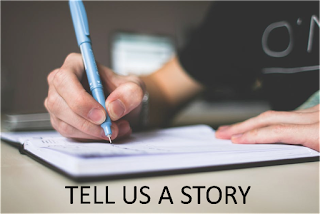 Each one of us has a story.  Each one.
And sharing it with others might win some smiles, stir some beautiful emotions.
Chandigarh Literary Society (CLS) announces its annual Short Story Writing Competition.

Pick up your pen and paper, (and some of you might just kick it off on your mobile itself), and write a short story in 1000 words.

Anyone and Anybody can participate. No age limit. Just you and your story.

And what's more: we are going to help you with the opening of the story.  Wow.  Just start with your story taking cue from the brilliant narrative which should prompt you to get into a creative frame of mind and jog your imagination:

LAST DATE of submission: Midnight of 30th June 2017.
Email your entry to clsshortstory@gmail.com
There are prizes to be won, and the opportunity for the top 5 stories to be read before the audience at CLS prize distribution function.  Your story might also get selected for CLS Book of Stories.